25 YEARS IN THE MAKING

The foundation of Blackmore Mishima has been created over 25 years, by breeding Wagyu and Angus females to the only Mishima bull ever known to have left Japan secretly under a Wagyu name.

David Blackmore managed to secure semen from the Mishima bull and has been carefully breeding and cross breeding these animals to achieve Purebred Mishima (more than 4 direct crosses to have more than 93.75% Mishima bloodline).

Normally Mishima are born black, however the brown gene is a throw back to a very old and famous Mishima bloodline in Japan.

We now have a small breeding herd of 60 females which is fully traceable through DNA parent verification. 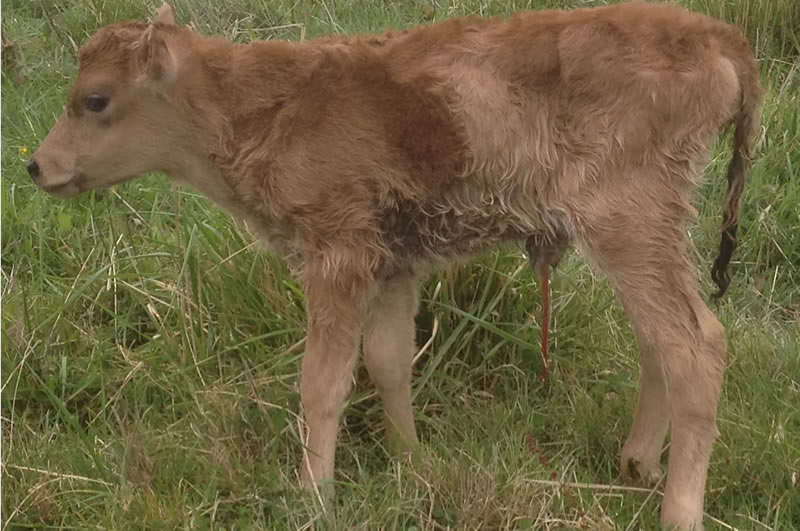 The Blackmore Mishima cattle are raised on our special pasture which contains the forage herbs; Plantain and Chicory. These herbs allow the animals to obtain their complete range of nutrients naturally, and aids in maintaining general animal health.

Plantain and Chicory species are widely used in traditional medicines around the world. They contain a range of biologically active compounds, many of which have been scientifically studied providing a sound basis of medicinal use. This feeding gives the Mishima beef the distinct texture and quality of Wagyu with the earthy flavour of grass fed beef.

The Mishima are fed a non-grain supplement to maintain a nutritional quality of their daily feed intake. This is due to the unpredictability of pasture nutritional value due to seasonal fluctuations.

This unique breed has the ability to produce a high marble score from pasture feeding, with Blackmore Mishima achieving grading scores of 9 and 9+ (AUS-MEAT Australian Standard), with the meat and fat colour of traditional grass-fed beef. 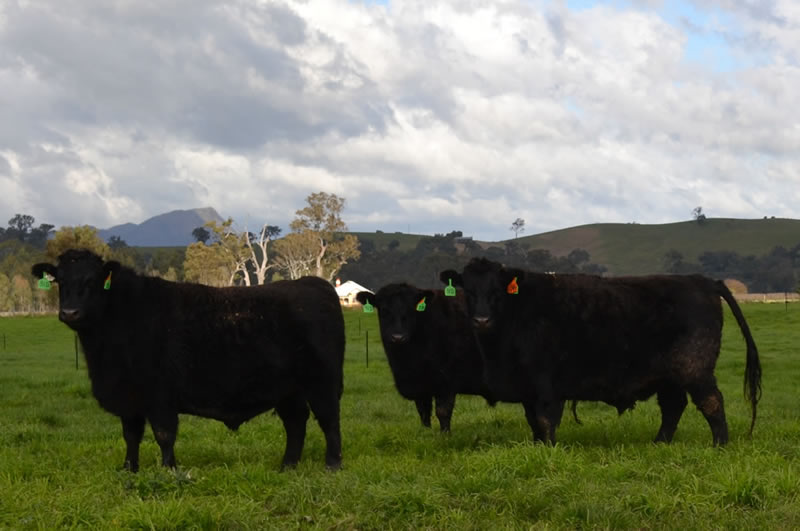 Mishima-ushi can best be described as the Original Native Japanese Cattle, with pedigree records dating back to 1739.

Mishima-ushi are today still bred on the small island of Mishima about 30Km around (7.8sq Km), located 50Km from Hagi-shi, Yamaguchi Prefecture.

It is believed that Mishima-Ushi may have come from China via the Korean peninsula before written records (more than 800 years ago). Along the travel, some went to Mishima Island where they have been kept in a closed environment, never being released. These cattle are called Mishima-ushi and became what’s known as the original Wagyu.

According to our research, in 1672, due to Gyueki (a type of infectious disease, maybe called Rinderpest), all cattle west of the line between Osaka and Maizuru, that include Kyusyu and Shikoku, died. This included Mishima-ushi.

However, in Takenotani in Okayama, in Nita in Shimane (both in the skirts of Chugoku Mountains), and in Takeno in Hyogo, a very small number of Mishima-ushi had survived due to the isolation of these villages.

After the extinction of animals on Mishima island, about 30 animals from Yamato (currently Nara) were transferred onto Mishima Island. The number of cattle and holder farms was recorded in 1739. Present Mishima-ushi are the offspring.

Takeno – The survived herd from Gyueki in Hyogo were been fed in the mountains, where transportation is poor and near the Japan Sea. Their body size was very small and beef was very smooth and superfine marbling ( similar to Mishima-ushi). They produced Yoshizuru by the cross with Tajiri line to make the size larger. It is called Okudoi line of Tajima.

Executive Chef Corey Costelloe, from the Rockpool group, has been extremely supportive of the development of the Blackmore Mishima and currently has exclusivity to this exciting product.

The meat at Rockpool Bar & Grill is sourced from Australia's best producers and dry aged on the premises. Rockpool are strict about humane treatment of cattle and about no hormones or antibiotic feed supplements. It's the best of the best.

Blackmore Mishima is only available in very limited numbers from Rockpool Bar & Grill. 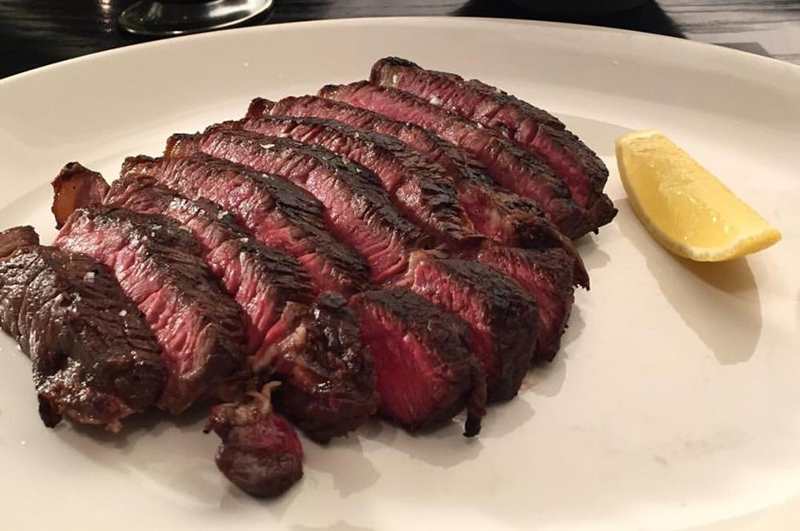 A favourite on the menu is the Blackmore Mishima Burger, where the meat patty is cooked medium rare, making it not only juicy and succulent, but also providing that strong beef flavour.

Be sure to check Rockpool Bar & Grill's website for updates - the Blackmore Mishima Burger is incredibly rare and only appears on the bar menu approximately 4 to 5 times a year. 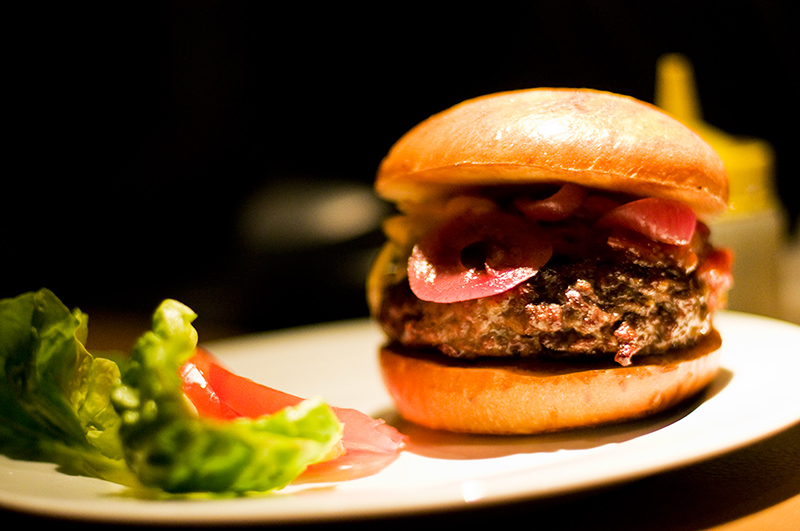 FOR ALL PRODUCT ENQUIRES

For all product and sale enquiries, please complete the following form. 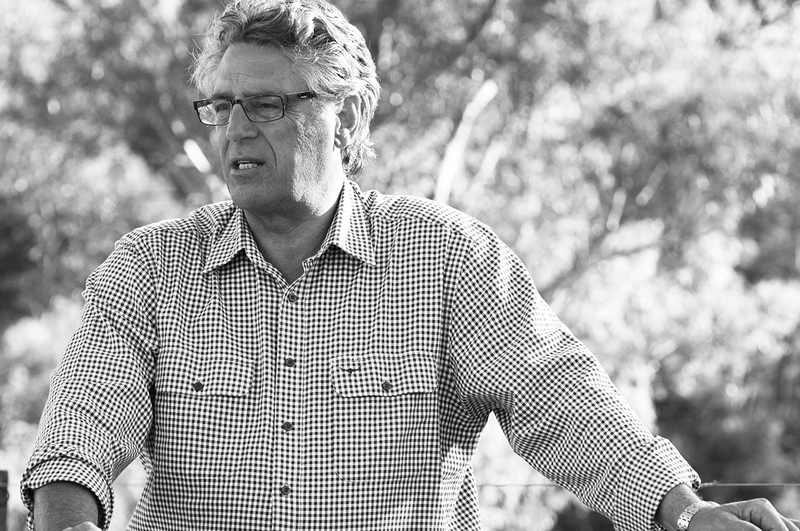